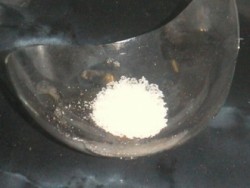 Understanding the common meth withdrawal symptoms can help you be better prepared.

When meth is injected or smoked it will produce an instant sensation that is known as a “rush”. This is caused by high levels of dopamine in the brain and is very pleasurable for most users. When the drug is snorted, it can cause a euphoric sensation and not the “rush”. The short term meth withdrawal symptoms can occur even if only small amounts of the drug is taken. If a larger amount was consumed, the withdrawal symptoms can be more severe.

If hyperthermia or convulsions are present, they can become fatal. If these symptoms become present, it is important that you seek medical attention immediately.

Long term meth use can cause some serious damage to the brain and other parts of the body. Even if the user stops using meth, the damage can be either linger around for a long period time or even become permanent. Anorexia is another long term effect that can be caused and make drastic changes in the user’s appearance.

There are several different factors that can influence the symptoms that a person can experience. If a smaller person consumes the same amount that a larger person consumes, the smaller person may have more severe withdrawal symptoms. Also, it is common that for a person who uses meth, will often abuse another drug. When meth is combined with another drug or alcohol, the withdrawal symptoms can be more drastic.

The following factors can have different influences in a persons meth withdrawal symptoms:

The sooner that you or your loved one gets help for a meth addiction and withdrawal symptoms, the better. Meth can cause serious damage to the body and brain either instantaneous or over a period of time. A meth user will start to see appearance changes in their face, cause muscle deterioration, premature aging and weakness in just a few months of use.