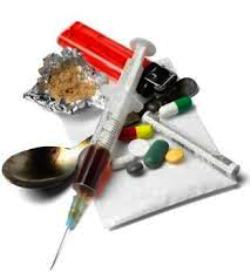 You can overcome your drug addiction!

Drug withdrawal happens when your brain adapts to the use of a drug and it has been drastically reduced or discontinued. The length and what withdrawal symptoms that may occur, will vary from person to person and their tolerance to the drug. There are physical symptoms that can last for several days to several months at a time.

Amphetamine is a synthetic, mood altering drug. Medications that contain amphetamine are mostly given to patients who need assistance with staying focused. These types of drugs are often used has a psychostimulant and prescribed to ADHD patients. The most common medications that contain amphetamine are Adderall, Dexedrine and Dextrostat. When the drugs are taken for recreational use, they are known as “speed”

Meth is the short name for the synthetic illegal drug, methamphetamine. The most common street names for this drug are crystal, glass, ice and tik. Meth is consumed by smoking, injected or snorted. When meth is taken in small doses, it works has a speed and stimulates the central nervous system.

Meth withdrawal is a very painful and excruciating experience. When an addict takes the leap and tries to get clean, they will have a long recovery process. Sweats, fever, diarrhea, vomiting, shakes and muscle pains are just some of the drug withdrawal symptoms that a person will experience. When a person does quit meth, they may find themselves experiencing anhedonia. Anhedonia is the inability to feel pleasure. The reason for this is because when a person uses meth for a long time, the drug will cause a decrease in the dopamine in the brain.

Marijuana is a cannabis that is used for both recreational and medical uses. Marijuana contain the active ingredient, tetrahydrocannabinol or better known as THC. The THC in the drug helps a person experience a relaxed state of mind and heighten their senses. Medical marijuana is used as a herbal therapy. A few reasons why some physician prescribes marijuana to a patient is for glaucoma, gastrointestinal illness and nausea.

Cocaine is another synthetic drug that is consumed as an illegal stimulant. Cocaine is a highly addictive and powerful drug that directly affects the brain. Cocaine is a recreational drug that is also known as powder, snow, soft, blow and nose candy. It is most commonly snorted, but can also be injected and smoked.

Heroin is a highly addictive drug that is processed from morphine. It is a natural substance that is extracted from the seed pod of poppy plants. Heroin is the most abused drug of all of the opiates. This drug is a “downer” or depressant that affects the pleasure system in the brain and also interferes with the brain’s ability to feel pain.

Heroin withdrawal symptoms usually start about 6 to 21 hours after the last dose was taken. The drug withdrawal will usually peak within 1 to 3 days and start to subside over the next 5 to 7 days. Some users will suffer from withdrawal symptoms for weeks or even months. The person may experience moderate to severe aches and pains, mood changes, sweats, runny nose, stomach pain and a lot of discomfort.