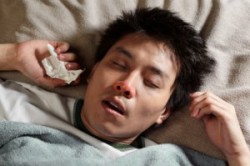 Know what cocaine withdrawal symptoms you should expect and how to handle them properly.

Everyone’s cocaine withdrawal symptoms are going to be different. There are some common symptoms that most cocaine users will experience during the withdrawal stage. Most people refer an addiction to cocaine to a loan. The user will get the loan which is the high, then once the high has faded and the are in the “crash” stage, they are left with the debt. Then the rebound and recovery time is known as paying off the debt. Once the debt is “paid” or the recovery is completed, the user will be able to feel good without the drug.

When a person has used the drug for a period of time, they will start to have cravings for more once their high has faded off. The cravings are the bodies way to tell the person it wants the feel good pleasure again and can cause some overwhelming symptoms to get the desired high. Once a person can overcome these feelings, their recovery will be a bit more easier.

It is typical for a person experiencing other cocaine withdrawal symptoms, to more than likely experience sleeping problems. Some people have troubles either falling asleep or staying asleep. Sometimes, the reasons for the sleeping problems is due to the unpleasant dreams they are having. There has been cases where people actually sleep for extended period of time and will sleep too much.